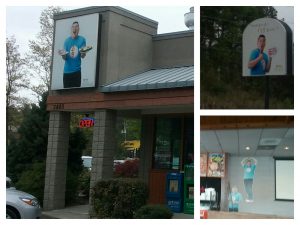 Cost: Not cheap by any means, but could be worse

Experience: I absolutely love Korean bbq.  Mmm….meat. I had not tried it in Atlanta, yet. I had a serious dilemma.  I could not decide which Korean bbq place to try first.  There are a bunch!   I am a fat girl that does not play when it comes to my barbecued meat.  Watch out now!  Seriously, a lot of research was done. I am a sucker for celebrity owned nonsense. 678 Korean bbq was started in Korea by comedian and former wrestler, Kang Ho Dong.  He also opened up a location in Honolulu.

This restaurant is the only Korean bbq joint in Atlanta that uses charcoal for the built-in grill. I opted for the $29.99 menu which consists of everything pork. I started with the spicy pork belly and began enjoying the assortment of sides and sauces placed on the table. My waiter brought the marinated meat and began cooking it.  This is one of those place where the waitstaff will cook the meat for you which is a little awkward. While your meat is cooking, there is an omelet mixture cooking on the side of the grill along with a corn and cheese mixture.   Any sides you run out of, you can ask them to replenish. The next and final round of meat was the marinated pork short rib.  Delicious! I thought I could do three rounds, but that was a fat girl fantasy. It would be impossible to not leave this place feeling full. Everything was great! 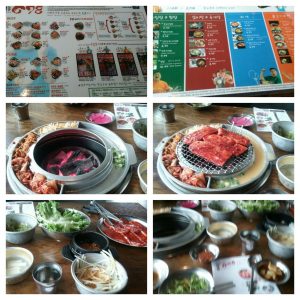 Verdict: Hit this place up!

Where to find the Fat Girls!